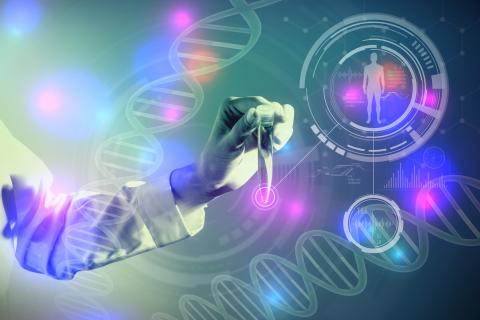 Antoinette Lemoine is passionate about the medical field and is helping to advance biological cancer research and targeted therapies which are currently moving forward in apace. Trained in biochemistry and molecular biology, she specialises in oncogenetics for therapeutic purposes and, at present, manages a medical-university department in the Université Paris-Saclay hospital group.

Antoinette Lemoine became very interested in health matters from an early age. This interest led her to study pharmacy at Université de Bourgogne, which she continued at Université Paris-Sud (now merged with Université Paris-Saclay) where she completed her PhD at the same time as her work placement in medical biology. In fact, she was the only one to choose a research position in the year which graduated in 1984. She carried out her entire work placement in the biochemistry department of Necker hospital as she wanted to have a career in a hospital environment. Her work focused on the study of drug-metabolising enzymes which influence individual drug efficacy and toxicity. Very soon after, she transferred the knowledge gained from this analysis to human beings in collaboration with the Hepatobiliary Centre at Paul Brousse hospital, which was managed by Professor Bismuth, a pioneer in hepatobiliary surgery and liver transplantation. At that time, the development of the transplantation technique depended on the ability to prevent graft rejection, i.e. to activate immunosuppression using cyclosporine, the leading immunosuppressive drug. It was then a matter of finding the right therapeutic dosage to achieve this.

She was the first to correlate in transplant patients the concentration of immunosuppressants in the blood with the hepatic concentration of cytochromes P450 - enzymes which metabolise drugs and determine the effectiveness for each individual. She also reported the importance of an isoform of cytochrome - P450 (A5) - in a transplant patient who had it showing up in his liver. She was also involved in the international description of flavin monooxygenase isoforms in humans, which have a major role in the metabolism of antidepressant drugs. Antoinette Lemoine works at the forefront of the development of precision medicine, which will mean that each individual benefits from a dose adapted to his or her genetic heritage.

From biochemistry to oncogenetics

In 1993, Antoinette Lemoine accepted a position as a hospital practitioner in the biochemistry and molecular biology department of Paul Brousse hospital, which was managed by Professor Brigitte Debuire. The latter carried out the detection of oncogenes in solid tumours in patients in the Île-de-France health region.

In 2007, she was named a “Professeure des universités et praticienne hospitalière”(University professor and hospital practitioner - PUPH). She then became a Head of Department in 2011. She completed her university training at the Faculty of Pharmacy at Université Paris-Sud. Since 2019, she has been the director of the medical and university department of biology, genetics and the hospital pharmacy (PUI - Pharmacie à usage intérieur) at the Université Paris-Saclay hospital group, which includes seven hospital groups (Ambroise Paré hospital, Raymond Poincaré hospital, Sainte Perrine hospital, Antoine Béclère hospital, Bicêtre hospital, Paul Brousse hospital and Maritime de Berck hospital) and three training and research units (the Faculties of Medicine and Pharmacy at Université Paris-Saclay and the Faculty of Medicine at Université Versailles - Saint-Quentin-en-Yvelines). “I seized the opportunity to transform my activity as a medical biologist into a hospital-university profession on a subject of great major interest today and full of future promise - i.e. oncogenetics.”

Oncogenetics is a branch of genetics which studies the factors which predispose someone to developing cancer. At the start of the 2000s, this discipline was becoming an individual diagnostic tool which made it possible to use targeted therapies to treat only those patients whose tumour carried the genetic anomaly targeted by the anti-cancer molecule. “From 2010, I developed the entire therapeutic oncogenic programme for the university hospital group of APHP-Université Paris-Sud thanks to the setting up of a cancer genetics platform with an INCa certification” - i.e. the  National Cancer Institute.

In 2012, Antoinette Lemoine and her colleague, Raphaël Saffroy, filed a patent for an innovative medical biological technique which consists of identifying an anomaly linked to a fusion of two genes both in tumours and in circulating DNA (i.e. in venous blood). This approach is very useful for patients as at that time diagnoses were not yet made using the next generation genetic sequencing tool. Together with her team, Antoinette Lemoine started using NGS (Next Generation Sequencing) in her laboratory in 2016. At the same time and in accordance with national recommendations, she decided to extend the field of medical biology to the practice of oncogenetic consultations for families with hereditary genetic risks which predispose them to the emergence of cancers, particularly those which are gynaecological or digestive.

The advent of targeted therapies

The great analytical power of NGS and the mastery of bioinformatics tools to interpret data provide clinicians with a very detailed knowledge of the biological characteristics of their patients. It can be used in addition to histological diagnoses carried out by pathologists for colon, lung, pancreas, prostate, brain or gynaecological cancers. These tools involve identifying the presence of a specific mutation in the tumours, “As every type of tumour always has one or more characteristic genetic anomalies which may offer an opportunity for therapy.” The patient whose tumour has the abnormality can then receive the targeted therapy, as defined by the marketing authorisation (MA) issued by the European Medicines Agency (EMA). Today, there are dozens of targeted therapies which cover almost all tumour types. As the INCa platforms are distributed throughout the country (approximately one per department) and use the same procedures, any patient can have access to these innovative treatments. “Today, thanks to advances in biological and therapeutic diagnostics, many new possibilities are offered to patients, with ‘à la carte’ treatments which promote greater longevity.”

Antoinette Lemoine shares her knowledge about genetics and cancer to educate future professionals in oncogenetics. She regularly publishes articles in scientific reviews, takes part in several conferences and teaches at the Faculty of Pharmacy at Université Paris-Saclay in Châtenay-Malabry and Le Kremlin Bicêtre. She has also recently created a university degree in continuing education on NGS techniques and bioinformatics applied to diagnostics and medical biology interpretations.

In the spring of 2020, the health crisis required urgent and large-scale Covid PCR testing, and Antoinette Lemoine took part in a very proactive way in the collective effort. She created a partnership with the “Institut de recherche en criminologie de la gendarmerie nationale” (IRCGN - The National Gendarmerie Research Institute) to set up a bus at the Raymond-Poincaré hospital in Garches (Île-de-France) equipped with PCR equipment and run by gendarmerie biologists which could receive and test a thousand people from Île-de-France every day.  Due to its success, the Ministry of Solidarity and Health published a national decree to authorise other laboratories (ISO 17025 standard), such as veterinary laboratories, to carry out this type of partnership with medical biology laboratories (ISO 15189) across the country.

At the same time, she mobilised all the medical biologists in the Université Paris-Saclay hospital group to take nasopharyngeal swabs in hundreds of retirement homes, homes for the disabled and prisons. She is also committed to ensuring equal access to care, so offered the type of organisation needed and personally participated in the management of PCR tests for homeless people in Île-de-France. In this way, she was able to perform tens of thousands of tests up until the lockdown in May 2020. “We have achieved a feat in a very short time. I am proud to have been at the forefront of this venture, which I sometimes managed against all odds.”

Antoinette Lemoine has now made her knowledge of the local organisation needed to carry out and analyse PCR tests available to the University so that it can set up infrastructures and testing processes for students and staff. “Covid-19 forced us to reorganise our activities, but we quickly returned to normal operations to ensure continuity of care for all our patients.” 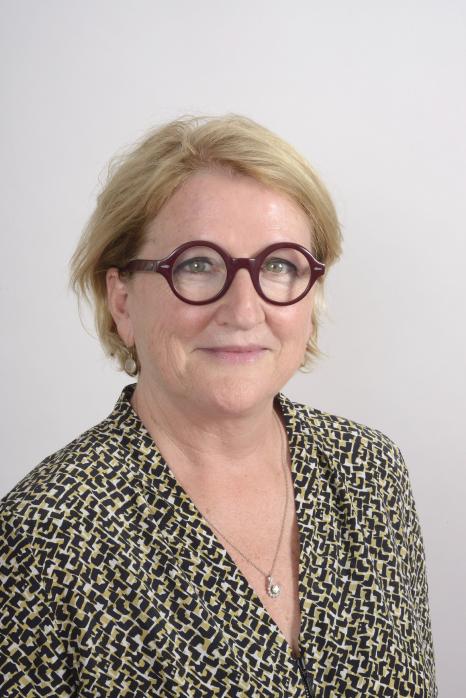