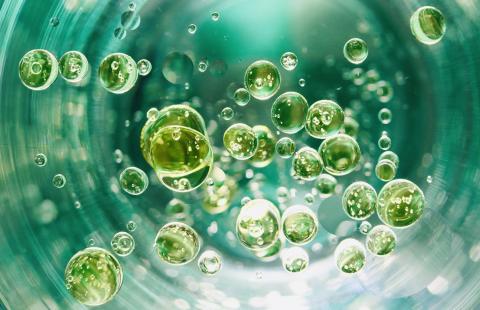 Benoît Gabrielle: The energy of the living

Benoît Gabrielle is a professor at AgroParisTech and a researcher at the Functional Ecology and Ecotoxicology of Agroecosystems laboratory (ECOSYS - Univ. Paris-Saclay, INRAE, AgroParisTech), and the director of the Graduate School Biosphera of Université Paris-Saclay. A graduate of École Centrale and initially an energy specialist, he has become a bio-economist in the "sciences of sustainability", serving a multidisciplinary training-research ecosystem working on the bioenergies of the future.

During his studies at the École Centrale (now CentraleSupélec), Benoît Gabrielle felt as much attracted to energy sciences as to the development of southern countries. He completed a Master's degree in conjunction with the Molecular and Macroscopic Energy and Combustion Laboratory (EM2C - Univ. Paris-Saclay, CNRS, CentraleSupélec), specialising in fluid mechanics and heat transfer. In summer 1990, he went on a humanitarian mission to Zaire, on the border with Rwanda, to work on drinking water supply systems and then joined the ECOSYS laboratory, where he has remained ever since.

At the beginning of the 1990s, international conferences were beginning to talk about climate change and biofuels, which appeared with the reform of the CAP (Common Agricultural Policy) in 1992 in Europe," recalls Benoît Gabrielle. "France needed to determine the greenhouse gas emissions of these biofuels, which at the time were mainly produced from rapeseed." The initial assessments were unfavourable and the French Agency for Ecological Transition (ADEME) financed the young researcher's thesis, whose objective was to carry out an environmental assessment of rapeseed crops. Benoît Gabrielle initiated an experiment to monitor these assessments on site, and then modelled the crop growth and emission processes by including nitrous oxide (N2O), a by-product of the nitrogen fertilisers that are essential for crops. "This greenhouse gas has a warming power three hundred times greater than CO2! However, experiments on soils in the Champagne region show that these emissions remain low. The idea was to gain a better understanding of this impact in order to inform public policy."

After completing his thesis in 1996, Benoît Gabrielle did his military service and then went on two post-doctorates: one at a research centre in North London, the second at Cornell University in the United States. He specialised in the modelling of carbon and nitrogen dynamics, and developed models simulating agricultural crops to better estimate their environmental impacts. Between these two positions, he was recruited as a research fellow at INRAE, shortly before biofuels regained the spotlight during the mini-oil crisis of 2006. Shortly after the creation of AgroParisTech in 2007, he applied to become a teacher-researcher.

"My core business consists of formalising biophysical processes to model agroecosystems, by introducing the right equations and parameters," explains the researcher. "The model's predictions are then tested on different sites, corresponding to different climatic zones, crops and agricultural practices. The simulations carried out with this type of model provide information for public environmental assessment tools." In the 2000s, Benoît Gabrielle thus helped to update the 'life cycle analysis' method: this method, which appeared in the 1960s, is now used to give consumers or companies information on the impact of a product or service on the environment. "We were making an inventory of everything that goes on from farm to fork".

"While in Europe only 10% of so-called 'frozen' land is used for non-food industrial crops, the United States is massively growing corn to produce ethanol. The forecasts are alarming as far as the environmental impact is concerned (high CO2 emissions, deforestation)," says Benoît Gabrielle, who is involved in European research networks and was in charge of a section of the EERA Bioenergy alliance from 2010 to 2016. In 2008, he proved the value of using wheat straw to produce biofuels. The researcher took part in research projects on second-generation biofuels (the Futurol programme): instead of being derived from food crops, these biofuels enhance lignocellulose, the generic plant raw material from residues or crops dedicated to biomass. Between 2012 and 2016, Benoît Gabrielle coordinated a European research project (FP7) on energy crops. "We would like to mobilise them in many areas, but our assessments remain incomplete." However, there is no shortage of data, but it is still necessary to know how to model them by taking into account all the parameters, such as the uncertainties linked to climate change. "What are the consequences for crops planted for 20 years, for example?"

From bioenergy to the bioeconomy

On the sidelines of COP 21 in 2015, Benoît Gabrielle published an article on negative emission technologies in the journal Nature Climate Change with the Global Carbon Project collective. "COP 21 implicitly relied, among other things, on biomass to offset our greenhouse gas emissions. Bioenergy creates energy, but it also consumes water and land, which has a cost. The alternative of pumping air and recovering CO2 also has a high price tag." At the CLAND Convergence Institute of Université Paris-Saclay, Benoît Gabrielle works with economists to introduce such technologies in a more realistic way into global models, moving from bioenergy to the bioeconomy. "Sustainability is neither black nor white, it is often a grey area," says the researcher. "This discipline consists of making the economy work on renewable, sustainable and essentially biological resources. It is also possible to optimise the use of biological resources. For example, let us take food waste to make energy: the residue from this conversion can fertilise crops again, and so on. This circular economy contributes to the bioeconomy." For the past two years, this approach has been supported at European level by the European Bioeconomy University (EBU) alliance, of which AgroParisTech is a founding member.

The approach centred on living organisms and their environment also guided the name of the Graduate School Biosphera that Benoît Gabrielle has been heading since 1 January 2021. It comprises around one hundred research teams, one thousand students, six Masters degrees and two doctoral schools. "Biosphera does not refer to any specific disciplines but to what brings them together: the biosphere. Our mission is essentially to structure the education-research relationship in the areas of biology, ecology, the environment, agriculture and food, without forgetting society. Université Paris-Saclay is the ideal place for combining engineering sciences, life sciences and human and social sciences to meet the challenges of our biosphere," concludes Benoît Gabrielle. 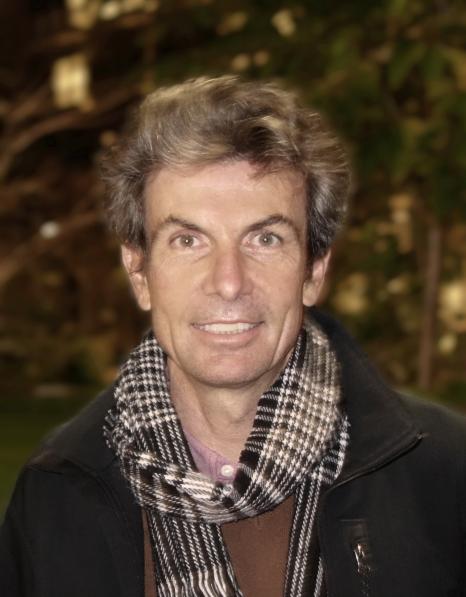