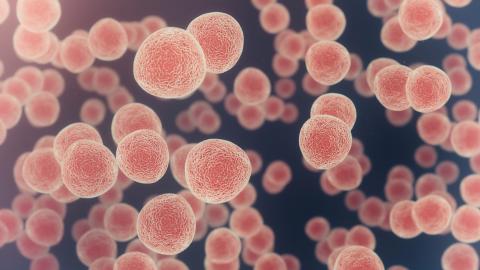 The start-up Findimmune has developed three new combinations of treatments to facilitate patient access to anti-cancer and immunotherapy treatments. Created in 2020 at Gustave Roussy, it is supported by SATT Paris-Saclay.

Antitumour immunotherapy has revolutionised cancer treatment, but few patients respond to this approach. Identifying new strategies to increase access and response to this treatment is a key public health challenge. This finding was made by Éric Deutsch, a professor, hospital practitioner in radiotherapy and Joint Director of the Molecular Radiotherapy and Therapeutic Innovation unit (RaMo-IT - Univ. Paris-Saclay, Gustave Roussy, Inserm), Angelo Paci, a professor in Pharmacology at the Faculty of Pharmacy at Université Paris-Saclay and Manager of the Pharmacology Department at Gustave Roussy and Jean-Luc Perfettini, a Director of Research at Inserm and the Joint Director of RaMo-IT.

These scientists, convinced that they could play a role in the development of new anti-cancer and immuno drugs, decided to join forces and create the start-up Findimmune in May 2020. Its CEO, Guillaume Brion (a doctor and entrepreneur in pharmaceutical development) explains, “Our sole objective is to make the most of our mutually complementary expertise, ranging from basic biology to clinical research, pharmaceutical development and the preclinical evaluation of innovative combination therapies, in order to design an innovative platform for the discovery of new candidate drugs against cancer and inflammation.” Findimmune is the result of developmental work on three categories of active ingredients and is based on the study of fundamental mechanisms and the identification of some twenty compounds. Its creation is also due to the use of patents from the interdisciplinary iCROC programme and the Emergence TARMAC programme in which the three researchers participated and which were funded by LabEx LERMIT.

F1901: increasing the effectiveness of radiotherapy

From 2016 to 2019, Jean-Luc Perfettini and his team conducted functional screening to identify compounds which could enhance the potential of radiation treatment to kill cancer cells and stimulate the immune system. As radiation is often accompanied by inflammatory side effects, the researcher also carried out analyses to ensure that these compounds were free of any cytotoxic effects. The team identified sixteen compounds which could eliminate irradiated cells by triggering atypical cell death and releasing immunogenic signals. This class of compounds was patented and taken up by the start-up Findimmune so that it could be brought to the clinical phase. To begin with, the start-up concentrated on the active ingredient F1901.

“Some of these compounds are repositioned compounds, so their development could proceed quickly because the toxicity tests have already been carried out. They are also less likely to show unexpected effects in clinical trials,” points out Jean-Luc Perfettini.

Used for years in other areas of treatment, repositioned drugs are compounds for which a new mode of action is discovered and reused for new purposes. The F1901 compound is presently in the final pre-clinical proof of concept phase in solid tumours of male and female patients and could enter the clinical phase within a year.

F1902: grafting of lipid composites to optimise the compound

At the same time, Angelo Paci was working on the toxicity of the alkylating anticancer drug Ifosfamide with the aim of eliminating this toxicity. This is because when high-dose procedures are prescribed in children, acute and chronic neurological and renal damage is observed, which leads to detrimental and limiting effects. “We had the idea of altering the compound’s structure by grafting lipid composites onto an alkylating agent to modify the toxicity of the metabolism. In the process, an additional characteristic of the compound became apparent. This was its immunomodulatory activity.” This compound is geranyloxy-ifosfamide, or G-IFO, which is also known as F1902. It was the subject of pre-clinical studies and a patent.

When Angelo Paci joined LabEx LERMIT in January 2020, he became interested in the immunomodulatory aspects of this type of compound and filed a second patent. “It’s from this time onwards that Jean-Luc and myself developed a joint approach as our work shared common areas,” adds Angelo Paci. The compound was then taken up by Findimmune and is being funded by SATT Paris-Saclay from June 2022. This gives the researcher the opportunity to complete its development and identify the best candidate to move into the clinical phase.

Jean-Luc Perfettini is also engaged in a research programme to modulate a macrophage checkpoint at which different proteins controlling macrophage activation interact. He explains, “Macrophages have an anti-inflammatory role in tumours and are often responsible for treatment resistance.” By exploring the extensive functional plasticity of these cells, the researcher is developing a treatment strategy involving new compounds to reprogram macrophages towards a pro-inflammatory phenotype. Combined with radiotherapy, the compounds increase the effectiveness of the treatment and of the immunotherapy.

Modulating this checkpoint could also be used to treat patients with inflammatory diseases. It is with this aim that the start-up Findimmune developed F2001 and in 2021 obtained 2 million euros in funding from Bpifrance when qualifying for DeepTech. The start-up is currently looking for investors to increase its equity capital. “We hope to provide the first generation of repositioned drugs very quickly,” says Éric Deutsch enthusiastically.

The effects of F2001 do not end there. Within the context of the Flash COVID-19 call for projects and the special COVID call for projects by Université Paris-Saclay, which were both launched in 2020, Jean-Luc Perfettini showed that F2001 also had an impact on lung inflammation and SARS-CoV-2 replication. “We quickly identified this repositioned drug in the treatment of respiratory distress syndromes and inflammatory lesions of the lungs associated with the virus,” says the researcher.

The innovative treatment model created by the merging of the three researchers' expertise is being used to produce multiple solutions for patients. Their repositioning strategy accelerates the completion of steps from development to clinical proof of concept and their decision to create new compounds for these clinically validated targets guarantees the interest of many pharmaceutical groups. “We have the best of both worlds!” says Éric Deutsch happily. Once clinical proof of concept has been achieved for each of the drugs, Findimmune plans to supply them on an international scale. The start-up is also exploring other partnerships to target new areas.