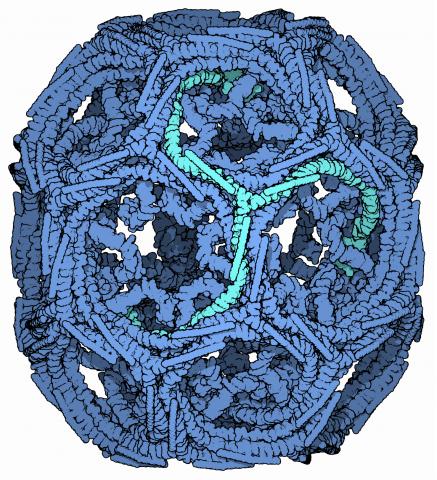 Biologist, Guillaume Montagnac is a researcher at the Tumour cell dynamics laboratory (Université Paris-Saclay, INSERM, Gustave Roussy Institute). He is particularly interested in the role played by clathrin-coated endocytic structures during migration in a tumour scenario, and is behind the discovery of a mechanism that could hinder the proliferation of cancer cells. He has just received the 2020 René Turpin Prize for oncology awarded by the French Academy of Sciences.

The three teams in the brand new Tumour cell dynamics laboratory, created in 2019 by Guillaume Montagnac, are focusing on the problems of cancer invasion. “We are studying how cells interact with one another and with their environment to form metastases,” says Guillaume Montagnac. “By combining cell biology and high-tech microscopy techniques, the Endocytosis, cytoskeleton and cell migration team, which I lead, is examining how cancer cells reorganise their endocytic machinery to migrate into complex environments. Endocytosis enables cells to internalise components from the external environment and cancer cells subvert this mechanism in order to adapt to various environments.”

The role of clathrin

Membrane receptors, located on the surface of the cell, are activated by various factors (growth, cytokines, etc.). “They also bind to the extracellular matrix, making the cell adhere to its environment,” adds Guillaume Montagnac. “However, these receptors do not stay on the surface forever. They are internalised in the cell via small structures covered with clathrin. These structures attract receptors and pack them into small areas of the plasma membrane, which gradually invade to form small vesicles which enter the cell.” The cell uses it either to remove and then degrade the receptors it no longer needs on the surface, or to take them elsewhere, as in cell migration, where the receptors at the back of the cell are brought to the front.

In 2017, Guillaume Montagnac’s team discovered that clathrin-coated structures, which usually try to internalise everything around them, were unable to integrate surface receptors when linked to the extracellular matrix in the environment of a cancerous tumour. “In a tumour, this extracellular matrix is often made of collagen fibres. A collagen fibre is thin and longer than the cell, which prevents the clathrin structure from internalising it. While the structure pinches and grips the fibre, and tries in vain to invaginate it, the cell clings to its environment.” Endocytosis does not occur and is “frustrated”.

The researcher and his team have realised that several situations lead to frustrated endocytosis.  “The physiological consequences of this phenomenon are very important because not only does it allow the cell to cling to its environment, but it also controls the signalling pathways involved in cancer cell growth.” Since this world first was published in the review Science, several other papers on the same topic have followed.

Guillaume Montagnac’s team is also involved in the very early stage of a major translational research project involving several teams and hospital departments from Gustave Roussy and a Japanese pharmaceutical company (Daiichi Sankyo) which manufactures new molecules. The objective is to understand the way in which these molecules behave and to identify their potential targets. “Rather than giving the patient a drug which spreads to both cancerous and healthy cells, the idea is to attach it to an antibody so as to direct it to a particular receptor over-expressed in cancers. We are hoping that this antibody will bind more precisely to the cancer cells and then be internalized. Once endocytosed, the antibody breaks down and releases the drug, which travels to the nucleus of the cell to break down the DNA and kill the cancer cells.” The use of these new therapies is currently increasing, and although the antibodies change depending on the cancer, the principle of delivering the drug to the heart of the tumour remains the same.

From Le Havre to Gustave Roussy

Originally from Le Havre, Guillaume Montagnac admits to having been a poor student there - except in biology, where he excelled at secondary school thanks to the unusual teaching style of his teacher, who had an “aggregation” and was a graduate of the “École normale supérieure” (ENS). “His examinations consisted of carrying out experiments. Nothing was learnt by heart. Unlike my friends, I provided conclusions which resulted solely from observing experiments. That’s where it all started.” After a Master 1 in Biology at Rennes, he went on to Paris to study a Master 2 in immunology at the Pierre and Marie Curie University and the Pasteur Institute. He defended his thesis in 2005 at the Institut Cochin. It dealt with the interface between immunology and intracellular trafficking. “Everyone was working on clathrin-covered structures except me!”’ observes Guillaume Montagnac with a smile.

It was while working with Philippe Chavrier’s team at the Institut Curie that he finally returned to clathrin-covered structures and made them the focus of his research. He was subsequently recruited as an INSERM research fellow in 2010 in the same team. In 2014, he was able to build his own team within the framework of the ATIP AVENIR programme dedicated to Biology (launched in partnership with INSERM and CNRS). The only requirement was to change laboratory, so Guillaume Montagnac joined the Gustave Roussy Institute together with five other young researchers from various backgrounds. “They put us all on the same floor of the new building. Being confronted with other subjects is not so comfortable, but very interesting,” points out the young biologist. He altered the trial after five years together with two other teams from the ATIP-AVENIR programme and created the first INSERM unit of this type.

Awarded for the first time in 2014 with the Olga Sain prize, Guillaume Montagnac was equally pleased to receive the Turpin 2020 prize from the French Academy of Sciences. As a member of the “Conseil de l’École doctorale” (Doctoral School Council) at Université Paris-Saclay, he also lectures on the Master 2 oncology course and collaborates with other researchers at Université Paris-Saclay. For him, this university represents “a great opportunity to interact with people who have skills in core areas different from mine.” 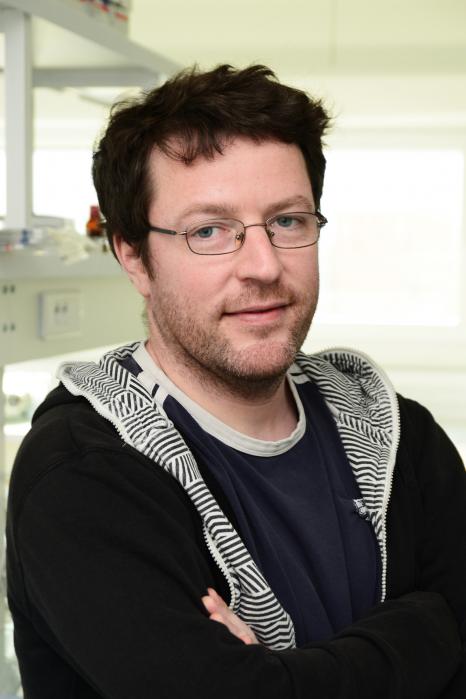