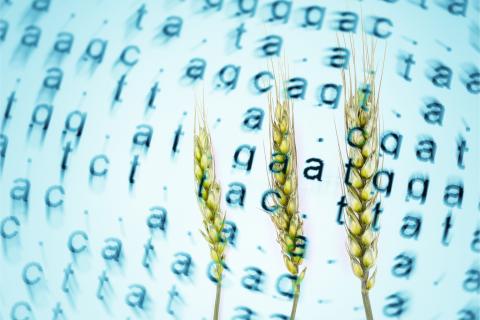 Hadi Quesneville: The hidden side of the genome

Hadi Quesneville is a researcher at the Unité de recherche génomique-info (URGI, Genomic-Info Research Unit - Université Paris-Saclay, Inrae) and has recently been appointed Inrae's Scientific Data Administrator. As a pioneer in bioinformatics, for 25 years he has been analysing so-called “transposable” elements in genomes, which differ from genes in that they are mobile and have a major impact on the evolution of species because of their high mutagenic potential. He uses his expertise in both genomics and computer science in his research.

It all started with a lesson on genetics at school. “I had a sudden revelation and I said to myself that I wanted to do genetics. Everything suddenly became crystal clear,” says Hadi Quesneville. During this time (the 1980s) he also developed a passion for early micro-computing. He would later be able to combine both these passions when he did his work placement for his Master’s at the Jacques Monod Institute (CNRS). The future young researcher then went on to try and model and simulate the genetics of transposable elements. This would be the subject of his thesis which he defended in 1996. He followed this with two post-docs. The first was at Généthon (where he also taught at Évry University) and the second was in a genetic epidemiology laboratory in Inserm. It was in this laboratory that he simulated multifactorial diseases in human populations in order to test methods for detecting the genetic factors involved in these diseases. In 1998, he was appointed as a lecturer at the Université Pierre et Marie Curie.

Bioinformatics was first developed in the 1970s, but experienced a real boom in the 2000s with the sequencing of the human genome. At the Jacques Monod Institute, where Hadi Quesneville worked between 1998 and 2007, he started to compare genetic models of the transposable elements in Drosophila with its first genome sequence. At the same time, he was involved in the annotation consortium for this genome, for which he provided the official annotation of the transposable elements. He then started to work on the genome for Arabidopsis thaliana, which is the equivalent of Drosophila, but in plants - one of his first research subjects which continued to fascinate him as much as ever. Hadi Quesneville successfully passed the national public sector competition to become Head of Research at Inra and became director of URGI, which also had a bioinformatics platform. He held this position until 2020, before being appointed as Inrae's Scientific Data Administrator - a role he continues to this day.

The role of transposable elements

Hadi Quesneville studies the transposable elements present in the genome of any living organism. “I study their contribution to what is known as the ‘dark matter’ of genomes, i.e. everything that is different from genes and for which no function is known. They add to the size of genomes. They can double it as they are mobile and multiply. However, they also become sources for mutations which can promote the adaptation of genomes, in particular to the environment,” explains the researcher.

A biologist may search, but a computer scientist will create specific tools to aid understanding. This is the advantage of also having expertise in software development, information systems and data integration. “At first on my own in 2003, and then with my team (of up to ten people, including many engineers), we developed a computer tool for genome annotations which is practically unique in the world and which identifies all these mobile elements.” Since then, as soon as the DNA sequence of a new genome is obtained, “REPET” (REP for “repeats” and “E-T” for “transposable element”), Hadi Quesneville and his team are approached by researchers from all over the world. “You cannot just press a button. The tool requires a certain amount of expertise and also the significant calculation resources which we have.”

The age of the dinosaurs

Today, the researcher is interested in the functional impact of transposable elements in current and past genomes, going all the way back to the time of the dinosaurs. “I have just developed a tool which has enabled us to identify sequences of transposable elements which seem to date back to the Cretaceous period. They could have played a role in the process of proliferation,” says Hadi Quesneville. “By disrupting their activity, these elements, which are particularly sensitive to changes in temperature, modify gene expression. Is this property linked to an evolutionary strategy allowing them to expand at critical moments? It is likely. By carrying these mechanisms within them, they sometimes confer them to their host's genes. Generally speaking, we know of elements which react to thermal shocks. When they become integrated into the genome, the genes that are nearby become sensitive in turn.”

Influencing the colour of a fruit

A growing area of research

Researchers are now at the stage of sequencing not one, but several genomes per species. It is the transposable elements which introduce the most genetic variations between individuals. “We now realise that most of these variations are a thousand times greater than the more classic point mutations and that they also provide information on gene regulation. No one can imagine analysing a genome today without understanding where the transposable elements are. However, very few teams in France or in the world have developed this expertise.”

The researcher was pleased to learn that he has become one of the Highly Cited Scientists. “I continue to believe that my job, although very demanding, is the best in the world.”

Hadi Quesneville is at the heart of the WheatIS (Wheat Inititiave) international consortium, which pools data on the genetics and genomics of wheat and which was created in 2011 by agriculture ministers of countries in the G20. After having coordinated this federation of IT systems for a few years, he is now its co-chairman. 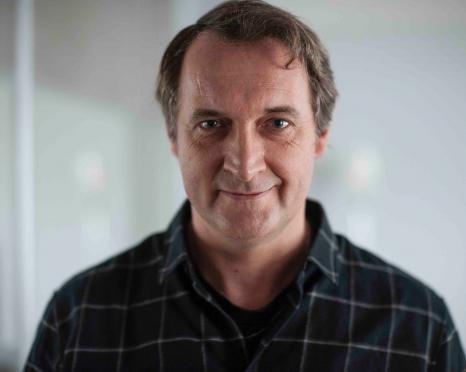