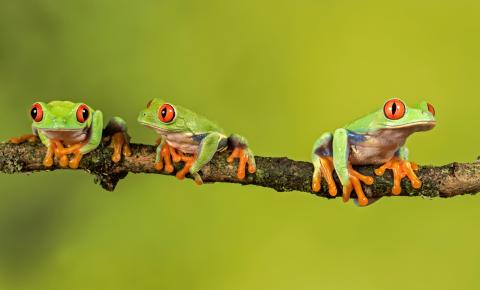 Island-dwelling species threatened by biological invasions: the victims who are singled out

A research team from the Ecology, Evolution and Systematics laboratory (ESE – Univ. Paris-Saclay, CNRS, AgroParisTech) is painting a picture of island-dwelling terrestrial vertebrate species threatened by biological invasions and suggesting factors which explain their great vulnerability to such menaces.

Invasive alien species are a growing threat to biodiversity and are the leading cause of extinction for island-dwelling terrestrial vertebrates. For several decades, research has focused on defining the factors which explain their success, but very little work has been done on the profiles of the species they threaten. With this in mind, a team of researchers from the Ecology, Evolution and Systematics laboratory (ESE – Univ. Paris-Saclay, CNRS, AgroParisTech) has been studying the characteristics of these island species in order to understand what it is which makes them so vulnerable to biological invasions.

Surprising range of functions at risk

Characteristics such as size, diet, habitat, etc. reflect the functions these terrestrial vertebrates have within communities and the role they play in ecosystems. For example, a bird which feeds on fruit has a seed dispersal function and this process is essential for maintaining a diverse forest. By analysing the profiles of 6,000 species of mammals, birds, amphibians and lizards living on islands, the team showed that species threatened by biological invasions perform specific functions within the ecosystems and that a large part of the diversity is at risk of disappearing. “We were aware that biological invasions were a significant threat to diversity on islands, and our study has confirmed this. However, we’re also surprised because not only is the number of species threatened by invasions large, but the variety of characteristics and functions represented by these species within all endemic island species is also great,” explains Céline Bellard, who works at the ESE laboratory.

While it is accepted that species threatened with extinction have characteristics which make them vulnerable to human pressures - those restricted to a single habitat type such as forests or ponds are at risk if these habitats are lost - the results of this study confirm that invading species also threaten specialist species (in terms of habitat and diet) and large species in general. “However, the picture painted of species affected by biological invasions doesn’t end there. To understand what makes these species susceptible to invasions, we need to look at how they differ from those threatened by other man-made factors, such as soil fragmentation or pollution,” adds Clara Marino, a PhD student at the ESE laboratory. By comparing species threatened by biological invasions with those threatened by other pressures, the team identified specific characteristics related to the threat of invasions. For birds, lizards and mammals which are vulnerable to invasion, this means that they prefer living on the ground.

A danger warning for amphibians and lizards

The study also points out that the extinction of amphibians and lizards, two groups which have not yet been studied on a large scale for this type of problem, would lead to the loss of certain functions in ecosystems. “Looking at amphibians and lizards on a world scale has been a real challenge because there’s a genuine lack of data on these species as they’ve been less studied than birds and mammals. However, the range of profiles threatened by invasions in these two groups is particularly high,” emphasises Camille Leclerc, who also works at the ESE laboratory. This study is the first to highlight the fragility of amphibians with a larval stage when faced with biological invasions.

Ultimately, in addition to their numbers, it is also important to take into account the characteristics of species vulnerable to biological invasions in order to implement more informed conservation policies and stem this growing threat to global biodiversity.