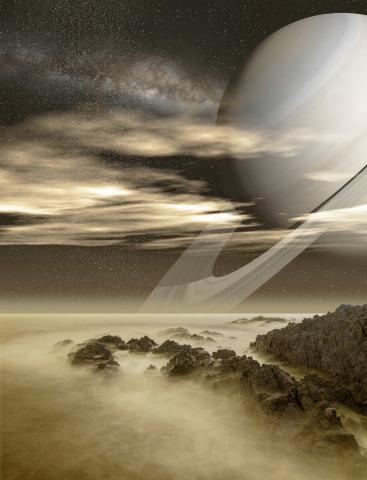 Nathalie Carrasco: Replicating extraterrestrial phenomena to understand the emergence of life on Earth

Nathalie Carrasco is a research professor in planetary science at the Atmospheres, Environments, Space Observations Laboratory (LATMOS - Université Paris-Saclay, UVSQ, CNRS) and deputy director of research at the Geosciences, Climate, Environmental, Planets Graduate School. She takes us on a dizzying journey through time and space to the origin of life on Earth through her studies into the role played by atmospheric chemistry in the emergence of life on other planets in the solar system.

Nathalie Carrasco trained as a chemist at ENS Paris-Saclay and owes her passion for planetary science to “A twist of fate”. She was initially keen on teaching while studying at this ‘Grande Ecole’ (1998-2002), but discovered laboratory life during her undergraduate and Master’s work placements. At the same time, the young researcher wanted to give meaning to her training as a chemist by using it to help the environment (green chemistry) and completed a Master's degree in air quality and environmental science at the Inter-university Laboratory for Atmospheric Systems (LISA). She then went on the write a thesis on air quality, which she defended in 2005.

That year was also the year that the Cassini-Huygens space mission arrived on Saturn. Nathalie Carrasco enjoyed a front row seat at LISA, which had been involved in the development of the observation instruments, and was fascinated by the images sent back by the Huygens probe. “The aim of the mission was to explore Saturn and its moons – and Titan in particular, which is of extraordinary importance in the solar system,” she explains. ”It’s an object which is both distant and familiar as its atmosphere has similar characteristics to those found on Earth.”

Nathalie Carrasco spent two years studying for a post-doctorate at the Chemistry-Physics Laboratory, which later became the Chemistry-Physics Institute (ICP – Université Paris-Saclay, CNRS) in Orsay. She then went on to obtain a position as a research professor at USVQ in 2007 and joined LATMOS, which had also been involved in the Cassini-Huygens mission. “Analysing Titan's atmosphere proved to be much more complicated than what was first thought. So, I contributed my skills as a chemist.” She obtained her ‘Habilitation à diriger des recherches’ or HDR (authorisation to direct the research of others – a post-doctoral degree) in 2012 and became a university professor in 2016. Two years earlier, she received a grant from the European Research Council (ERC) for the PRIMCHEM (Primitive Chemistry in Planetary Atmospheres) project. She developed and built up a team which focused on the chemistry of planetary atmospheres.

There is no oxygen or life on Titan. However, the presence of methane, combined with nitrogen, causes a very important phenomenon of explosive chemical growth, which transforms atmospheric molecules into much heavier, possibly prebiotic, organic molecules. These form the permanent haze of small solid particles around Saturn's moon which interact with solar radiation. “These characteristics are comparable to those of our primitive Earth. It is therefore the best observable comparable body in the solar system of what the atmosphere of our frozen planet may have been like before the emergence of life.” For this reason, Nathalie Carrasco has developed methods for simulating photochemical processes and has set up a replica of this complex atmospheric chemistry in the laboratory. One of her greatest achievements has been succeeding in replicating extraterrestrial molecules. “We can observe in detail the formation of prebiotic molecules which are unfamiliar to us today, but which are similar to those which helped the emergence of life on Earth. This type of chemistry is out of this world!” 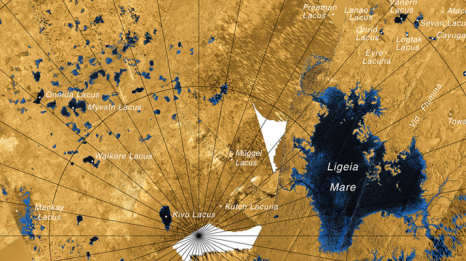 Nathalie Carrasco’s team was also the first to demonstrate that once formed, Titan's fog continues to interact with solar radiation and evolve chemically.  As a result, the gases in its atmosphere form aerosols which change to make new ones. Two years ago, the team made another discovery whilst following the trajectory of these aerosols. “The small particles in the haze steadily get larger. When they become too heavy, they settle, fall to the surface of Titan's lakes and completely alter the surface with an oil slick effect which prevents waves from forming.” The mystery of these still lakes has been solved without detracting from their beauty. “We feel as if we are exploring extraordinary worlds. We can make comparisons with Earth, but the reality really is completely different. It is difficult to imagine that what we think of as lakes of water (the temperature is -200°C) are actually filled with hydrocarbons, and the dunes are organic matter - a kind of polymer which develops on the surface!”

The ERC grant ended in September 2021, but Nathalie Carrasco hopes to obtain a second one in order to broaden her atmospheric simulations to include exo-planets of other planetary systems which are comparable to the past Earth and “which we have not detected yet”. She is expecting the first results from the two space missions she has supported. These are those from the James Webb Space Telescope next autumn and from the European ARIEL mission by ESA.

The researcher is convinced that the Earth's atmosphere strongly favoured the appearance of life on Earth. “One reason for this is that it envelops the planet, making the source of prebiotic chemistry present across the whole planet. Its presence on a planet-wide scale must have helped significantly wherever the multiple factors for the emergence of life were combined. This is why I am sure that this endogenous source has contributed to the emergence of life in a strong, if not essential, way. However, other researchers favour exogenous factors. They think that the input of prebiotic chemistry could have come from meteorites, for example.” The scientific debate is ongoing!

Feminism, the environment and Paris Saclay

These three key words sum up Nathalie Carrasco very well. “I encourage women to study science and to be able to work with men. The ERC grant brought many benefits – I made sure to build up a team which showed equal representation and was a source of scientific expertise and drive,” points out the researcher. In 2016, she received, “with great pride” the Irène Joliot-Curie prize for the ‘Young Female Scientist of the Year’ which aims to showcase the contribution women are making to science. This commitment was also shown when Nathalie Carrasco held the position of gender equality officer at UVSQ between 2013 and 2016. The researcher has also not forgotten her commitment to green chemistry, as seen in the courses on atmospheric chemistry which she delivers as part of the Université Paris-Saclay Master’s in Environmental Science.

As a tribute to her background, the researcher has also of course played her part in the development of Université Paris-Saclay. Today, she is deputy director of research at the Geoscience, Climate, Environment, Planets Graduate School. This Graduate School (GS), which has seven laboratories, a thousand staff and 300 students, enjoys international recognition. “It brings together research and training on the major challenges facing society, such as climate, the environment and societal and economic impacts, as well as space exploration - which is one of the University’s strengths,” points out the researcher. “The first collaborative and educational research projects have just been selected.”

PhD and Master’s graduates from the GS are due to have an in-person ceremony next autumn. Nathalie Carrasco will give them some advice which she has used herself. “Sometimes excellence is not enough and certain aspects of a situation can become overwhelming. You have to be pragmatic and always have a plan B and C. If everything lines up at the right time and in the right place, being a researcher is a dream job. If it doesn’t work out, there is the possibility of many other exciting projects in life.” 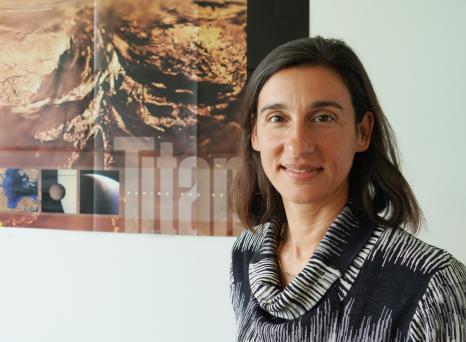