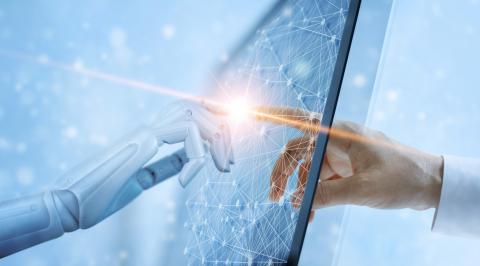 Nicolas Sabouret: Demystifying the relationship between Human and Machine

Nicolas Sabouret is a professor of Computer Science at Université Paris-Saclay, academic at CentraleSupélec, director of the Computer Sciences Graduate School at Université Paris-Saclay and researcher at the Interdisciplinary Laboratory for Digital Science (LISN – Université Paris-Saclay, CNRS, CentraleSupélec, Inria). He specialises in the field of artificial intelligence and the relationship between humans and machines, with a focus on affective computing, and has been involved for many years in shaping the debate about this. Convinced that it is by working together that we can further the progress of sciences, he is set on encouraging discussion and debate, within the Graduate School he leads, to benefit the field of computer science in the future.

Nicolas Sabouret’s career in computer science almost never happened. This is for a reason. As a fan of piloting, he began a preparatory class with the aim of sitting the national civil aviation examination. It was during his classes at Université Pierre and Marie Curie (UPMC, now Sorbonne Université) that he finally found his path. “During a class about the types of programming languages, I understood that computer science is a real science, and that I wanted to become a lecturer in computer science,” remembers the researcher. Everything happened very quickly for Nicolas Sabouret after this. Following a Magistère (Master’s degree) in Computer Science at UPMC and the ENS of Cachan (now the ENS Paris-Saclay), he decided to pursue research by enrolling in a DEA (equivalent to the second year of French Master’s degrees) at Université Paris-Sud (now Université Paris-Saclay). Following this, he began a PhD at the Computer Laboratory for Mechanics and Engineering Sciences (LIMSI), which has since become the Interdisciplinary Laboratory for Digital Science (LISN – Université Paris-Saclay, CNRS, CentraleSupélec, Inria). He was hired as an associate professor at UPMC in 2003, and became a Professor in 2012, joining Université Paris-Sud and CentraleSupélec, where he still teaches.

In terms of research, Nicolas Sabouret soon became interested in two fields of computer science –object-oriented programming and artificial intelligence – which he has been trying to bring together since the start of his career. “While I was exploring the world of artificial intelligence, I was fascinated by the fact that rational reasoning processes could be reproduced by machines. I therefore devoted my PhD to multi-agent systems. The idea was to create algorithms to reason on running code, in other words, to ask a process to explain what it was doing,” explains the researcher. It is therefore quite natural that at the end of his thesis, Nicolas Sabouret decided to join the Multi-Agent Systems’ team at UPMC. “With this team, I was not only able to further the work I conducted during my PhD by continuing to uniting object-oriented programming and artificial intelligence, but also explore a new field of research that is close to mine, and to which I later dedicated myself.”

This field was affective computing which began to develop in the early 2000s. “By bringing together a set of techniques that could be used to simulate, interpret and reproduce affective and social behaviours using computers, this method seemed to be complementary to my previous work in that it allowed me to explore the irrational part of humans, that is to say, their personality, emotions, etc.,” explains Nicolas Sabouret. From 2006, the researcher has worked on several affective computing projects, including leading, from 2010 to 2013, the European TARDIS project, an interview simulation platform with a virtual agent. It was during this period that he joined the Cognition, Perception and Usages’ team, led by Jean-Claude Martin at LISN. “This was an important step for me: not only was I in the laboratory where I did my PhD, but I was also immersed in a multidisciplinary environment bringing together psychology and computer science, which is extremely important in my field,” explains the researcher. With this team, Nicolas Sabouret has been involved in a number of projects including the SMACH project with EDF, whose objective was to simulate daily household activity in regard to their energy consumption, and a project in collaboration with DAVI The Humanizers, a software publisher, which aimed to improved customer relations and online experiences. Over the years, this work has helped his team to gain visibility and recognition in the field of human cognitive simulation.

Teaching is another important feather in Nicolas Sabouret’s cap. “Teaching disciplines that are as varied as algorithmics, programming, databases and artificial intelligence to students and trainee engineers of all levels is a wonderful opportunity. I am convinced that this breadth is essential to my profession, in that it allows me to question the understanding of my discipline and to open lines of dialogue.” After getting a taste for dialogue, Nicolas Sabouret continued to develop it as soon as he began his career at UPMC, by having the Computer Science department participate in the ‘Fête de la science’ (Science Festival), so as to reach out to the general public and inspire young people to take up science. It is not surprising that, a few years later, when artificial intelligence was thrust to the forefront of the media, he did not hesitate to engage in the debate by publishing a general interest book entitled ‘Comprendre l’intelligence artificielle’ (Understanding artificial intelligence). Thanks to this, he was invited to speak at a number of conferences and events. “People are sometimes surprised that a machine can beat a human in a game of Go, whereas no one is surprised that a Renault 4 can beat Carl Lewis in the 100 metres! So I like to remind people that machines work thanks to humans and for humans. It seems to me that by explaining exactly what artificial intelligence can do, we will be able to remove the mystery from this field and settle the debate,” says Nicolas Sabouret.

In addition to his research and teaching activities, Nicolas Sabouret has always been involved in the administrative bodies of the institutions where he works. Over the years, he has taken on the role of head of a master’s degree in artificial intelligence at UPMC, vice-president of the university’s Computer Science department, and director of the Computer Science teaching centre at Université Paris-Sud. It was therefore quite natural for him to accept the position of director of the Computer Science Graduate School at Université Paris-Saclay, which covers masters courses and 22 laboratories in the field. “In addition to the opportunity to rediscover the richness of my discipline, I’m glad that by encouraging dialogue and discussion between teams, I’ll be able to contribute to structuring my field in favour of tomorrow’s computer science,” explains Nicolas Sabouret. “Besides my own discipline, I find it particularly exciting to be able to participate in the process of transforming the higher education and research model, something that so many of us want to see,” he concludes. 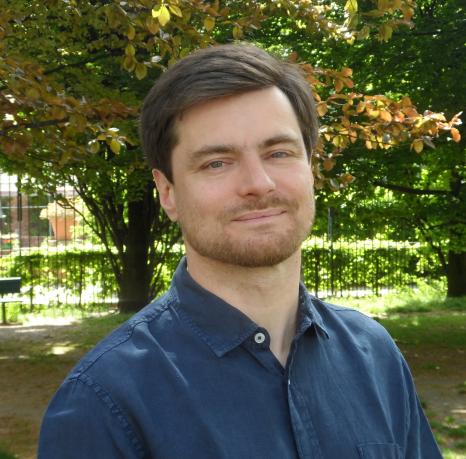