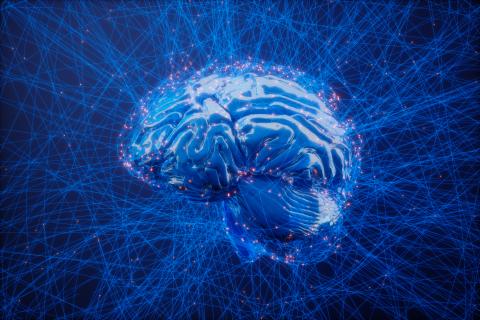 Developed in collaboration with the Paris‑Saclay Institute of Neuroscience (Neuro-PSI - Univ. Paris-Saclay, CNRS), the MindPulse digital test developed by the start-up It’s Brain is a very promising tool for the diagnosis of attention and cognitive disorders.

The story of MindPulse and the start-up It’s Brain begins with Sandra Suarez, the start-up’s current CEO and scientific director, deciding in 2008 to design a new tool to help with the diagnosis of attention and executive disorders. While working as a psychologist-neuropsychologist following a career in basic research in the field of neuroscience, she spotted there was a gap. “I realised that there was a huge gap between recent advances in neuroscience research and the tests used by clinicians, so I thought it was time to develop a tool which reflected these advances.” Since the cognitive functions which the tool aims to measure are related to brain function, they are similar in mammals and humans, regardless of language. This was the driving force behind the neuropsychologist's idea. “I wanted the tool to be used across the world, with no cultural barriers.”

From an idea to a project with the Neuro-PSI institute

Sandra Suarez found the right concept in 2010 and was ready to turn her idea into a reality. It involved creating a test which generated enough data to apply algorithms to analyse attention and executive functioning in a very advanced way. The results would then be used to identify and measure patients' loss of attention or concentration and to detect the origin of this. Sandra Suarez put this idea to her friend, Sylvie Granon, a lecturer in neurobiology at ParisSaclay Institute of Neuroscience (Neuro-PSI - Univ. Paris-Saclay, CNRS). Enthused, Sylvie Granon joined the project in 2011. Thanks to her expertise and experience with reaction times and decision making in animals, she added, among other things, a new aspect to the idea in order to avoid false positives. The patient is asked to hold the mouse and release it in response to the stimuli, and not to click. “As this approach requires a commitment to act, it prevents loss of attention during the task,” Sylvie Granon explains.

The development of the first prototype

Once the test model had been developed, Bertrand Eynard, a research director in mathematical physics at the Institute of Theoretical Physics (IPHT – Univ. Paris-Saclay, CNRS, CEA) and the Institute of Advanced Scientific Studies (IHES), also joined the project to program the first prototype, which first appeared in 2015. He developed an intelligent and mathematical analysis of data from 150 patients to determine the extent to which their reactions varied according to cognitive programming or emotional factors. As Bertrand Eynard explains, “Measuring these types of variables is very complicated, so we needed a cutting-edge approach to do it.” The results obtained impressed the co-founders. “We found a new index of brain function, namely the response to difficulty, which was beyond anything we had imagined,” explains the researcher enthusiastically. Although this cognitive aspect has yet to be studied, science already knows that it is involved in reaction time and that it is linked with anxiety and depression levels in individuals.

MindPulse is a software which will soon be available directly online and which is intended for cognitive clinicians (neuropsychologists, paediatricians, neurologists, geriatricians, occupational physicians, speech therapists, occupational therapists, psychomotor therapists) to examine the reactions of their patients using a fun test lasting about fifteen minutes. The report of the results presents fourteen indices of brain function based on the latest attention models of executive function developed by neuroscience. “Everything is of course anonymised and encrypted. Only the clinician has access to the patient's identity and the information is stored in a server labelled ‘health data’”, emphasises Bertrand Eynard.

From the prototype to clinical trials

Once the prototype was approved by the Neuro-PSI institute, a stable version of the software had to be developed and financed. With this in mind, in 2019 Sandra Suarez learnt about entrepreneurship by participating in the Genesis Lab as part of Incuballiance. A few months later, she created the start-up It’s Brain with Bertrand Eynard. In 2020, they recruited Guillaume Simon to be the General Manager. “He has the entrepreneurial flair which I don't have. We have complete confidence in him to manage the strategic and commercial aspects of the project,” says Sandra Suarez. That same year, the start-up was also awarded a French Tech grant which allowed them to recruit an IT service provider to transform the prototype into a usable trial under clinical conditions. The grant also allowed them to launch large-scale studies, i.e. to work with 110 clinicians in France to test the software with more than 600 controls aged 13 to 65. “We’re currently re-launching a trial to collect additional data, including from young children and people over 65,” adds Bertrand Eynard, who is now the start-up's technical and innovation director. The concept was jointly patented by CNRS Innovation, Université Paris-Saclay and It’s Brain in the summer of 2021, with the latter managing it on behalf of the three partners.

In 2021, the team also won the ‘favourite’ guaranteed loan awarded by the Wilco accelerator and was the winner of the iLab competition, for which they received a grant. This funding covers a large part of the team’s research programme for 2022 and 2023. It will focus on long Covid, its neurological consequences and on treatment-resistant depression. The start-up also plans to create a MindPulse designed for mouse models in order to study the phenotypes of numerous diseases such as degenerative diseases or Alzheimer's. “I’m delighted to be looking at animal models in the project again because we can go much further in studying the neuronal and neurochemical supports than we can in humans,” says Sylvie Granon. However, the start-up is not forgetting its original goal and is also starting comparative studies in Senegal. “We’re keen to prove that the tool can be used everywhere, including in areas sometimes forgotten by science, such as Africa, as well as Asia and Latin America where psychometric standards do not exist or hardly exist,” points out Sandra Suarez. In 2022, It’s Brain also plans to raise more funding.

The start-up was also one of the six finalists in the Galien e-health pitch competition held in October 2021. In addition, it plans to offer free and easy access to the test and reporting rights to French public research in 2022. “We’re providing neuroscientists with a high-tech solution, and in return, thanks to the MindPulse test, they can advance research by better defining the diseases they study,” says Sandra Suarez in conclusion. It’s Brain is on the rise and is in the midst of a recruitment phase. The start-up is looking for people with strong skills in computer science, psychology or neuroscience to complete its team. The researcher adds “Our working atmosphere is very friendly, so any future recruits are sure to join a very happy team!”