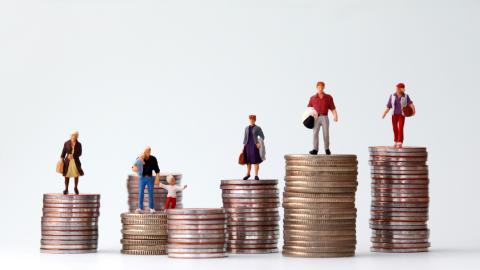 Camille Peugny is a lecturer in sociology and a researcher at the Professions, Institutions, Temporalities laboratory (PRINTEMPS – Univ. Paris-Saclay, UVSQ, CNRS). With a keen interest in topics related to social mobility and inequality, he is actively involved on many fronts in promoting and advancing this area of social science.

Camille Peugny has had a keen interest in current affairs and economic and social issues since secondary school.  After finishing his ‘baccalauréat’ (A level), he completed two years of preparatory classes in literature and social sciences (‘khâgne’ and ‘hypokhâgne’ - a two-year preparation for the competitive entrance exam) in Lille. This confirmed his interest in this field and he continued his studies at the University of Lille, where he obtained a joint degree and Master’s in sociology and economics. He then completed a DEA (Master’s) at the Paris Institute of Political Studies, where he also completed his thesis thanks to funding from the centre for economic and statistical research (CREST) at INSEE, which he defended in 2007. His subject was ‘Downward social mobility, the challenge of social demotion’ and his work was published in 2009 by the publisher Grasset. It dealt with the subject of social demotion between the generations. “At the time, the challenge of social advancement had been studied a lot, but the challenge of social demotion less so.” This insight proved to be right as it earned him a position at the Directorate for Research, Studies and Statistics (DARES), a section of central public administration in France and part of the Ministry of Labour. There, he was in charge of statistical surveys on working conditions. In 2009, he joined the Université Paris 8 Vincennes - Saint-Denis as a researcher and lecturer in sociology. He then completed his HDR (authorisation to direct the research of others) in 2016 which focused on changes in the working classes in France and Europe. Following this, he was accepted as a university professor at Université de Versailles – Saint-Quentin-en-Yvelines (UVSQ) in 2018 and continued his research work at the PRINTEMPS laboratory.

The subject of social mobility is closely linked to that of inequality and Camille Peugny was interested in finding out why. To achieve this, he examined the educational and youth policies pursued in various European countries. “Through this research, I was able to get to the heart of the unknown areas of how societies functioned.” The researcher was able to show that social mobility has ceased to make any progress in France over the last thirty years or so. “This should raise some questions for a society which likes to call itself meritocratic.”

He has focused on two key topics of research within this context. The first is that of social stratification and the way in which inequalities are changing and fracturing contemporary societies. “For example, I’ve worked on the polarisation of employment in Europe since the early 1990s, where there has been a growing movement towards social polarisation.” The second concerns the study of public youth policy across Europe. “By comparing ourselves to other European societies, we can better differentiate and deconstruct the political choices made in France, which are often taken for granted.” Some European countries consider youth as an age of life in a different way and this is reflected in specific policies on education, second chance, employment and support. These have a direct impact on the replication of inequalities between generations and the way young people see themselves in the future. Based on these observations, Camille Peugny concludes that some countries, such as those in Northern Europe, tend to favour the success of all, whereas France is very elitist. “We have a vocational training system in France which benefits more those who have graduated. Typically, professional and managerial staff have more access to vocational training during their career than blue-collar workers. We can see that our system reinforces inequalities rather than mitigating them.”

The employment and working conditions of female cleaners

Camille Peugny has been studying these inequalities in a very specific manner. Since 2015, he has been carrying out a field survey of female cleaners who work for large cleaning companies and in private homes. He is interested in their employment, working conditions, pay and career prospects. This work is part of a body of research which shows that France is experiencing a significant return to inequalities in terms of income, wealth, education and social mobility. “The country was spared the wave that hit Europe in the 1980s, but this has not been the case in the last decade.” This is due to increased insecurity at the bottom of the job hierarchy and an explosion of high incomes in the early 2000s, directly linked to economic and fiscal policy choices.

Camille Peugny is co-editor-in-chief of the cross-disciplinary scientific journal ‘Travail et emploi’ (Work and Employment) published by Dares which features empirical research articles in sociology and economics. Recent issues have included studies on the arduous nature of work in hospitals, the logistics sector and the Youth Guarantee (a support and funding scheme for young people introduced in 2013).

Based on the results of his work, Camille Peugny is willing to respond to the variety of key players who approach him. These include associations, the Senate and the National Assembly as well as the Government. In 2009, Nathalie Kosciusko-Morizet, the Secretary of State for Forward Planning, commissioned the report ‘Social Demotion’ from the Centre for Strategic Analysis, and asked the researcher to discuss it with her.

Camille Peugny also presents his public policy recommendations for discussion through the publication of papers. In 2013, he published Le destin au berceau, inégalités et reproductions sociales (Destiny in the cradle: Inequalities and social reproduction)’ with the publishers Seuil. In January 2022 Pour une politique de la jeunesse (Towards a youth policy) is due to appear.

The researcher has directed the Sociology and Political Science Graduate School at Université Paris-Saclay since it was set up in 2020. This new establishment comprises four Master’s degrees, 27 Master 2 courses, 120 PhD students and around one hundred academic staff and researchers from the University and five of its partner establishments (Université d’Évry, UVSQ, École normale supérieure Paris-Saclay, AgroParisTech). “This role is quite exciting and keeps me very busy because everything has to be put in place, including the scope, joint research topics, federal projects and the coordination of all stakeholders in the project.” The aim is to pool strengths to make the University a leading European hub for the social sciences. It is structured around four research areas, namely the environment, the regions and ecological transition; employment, work and professions; public policy; and data analysis. Emphasis is also being placed on the interaction of social sciences with other sciences. 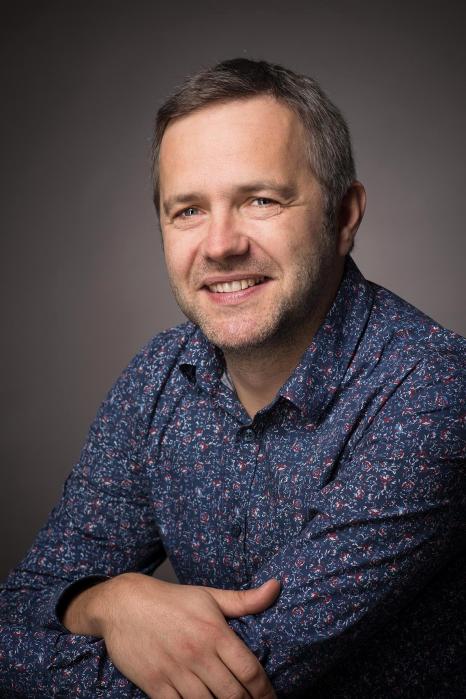