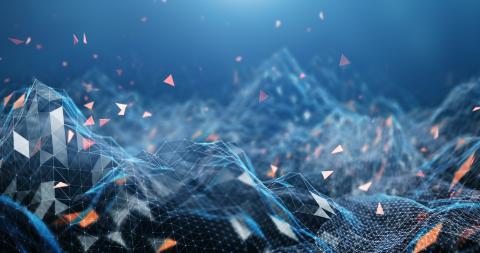 Jean-Marie Mirebeau is a mathematics researcher, known worldwide for his speciality: the resolution of anisotropic partial differential equations using algorithmic geometry tools. He has thus developed his own digital solutions applied to image processing, seismic tomography, the configuration of radar systems, etc. The winner of the 2020 GAMNI-SMAI Blaise Pascal prize of the Académie des sciences (French Academy of Sciences), he has just left the Orsay laboratory of mathematics (LMO – Université Paris-Saclay, CNRS) for the Centre Borelli (Université Paris-Saclay, ENS Paris-Saclay, CNRS).

Jean-Marie Mirebeau has made a speciality of solving anisotropic equations, favouring certain spatial directions, and which are perfectly adapted to the calculation of shorter paths in complex environments; we actually go faster when following a road than by crossing it, or when going down a hill compared to climbing it. “When representing anisotropy, ellipses, more or less elongated and oriented in one way or another, are often used to indicate its direction,” the mathematician explains. “Then, to make a digital diagram on a computer, you place yourself on a grid of pixels aligned with each other.” The objective is to move from this field of continuous ellipses to this grid of points. To forge his own resolution tools, he is pursuing a line of research dating back to famous mathematicians such as Voronoi, Joseph-Louis Lagrange, or even Euclid. “I deduce from this a decomposition of the matrices representing these ellipses, adapted to the pixel grid and making it possible to develop a class of digital diagrams that is particularly effective for a certain number of applications,” he says.

This mathematician and philosopher brought good luck to Jean-Marie Mirebeau. He has just been awarded the 2020 (GAMNI-SMAI) homonymous prize from the French Academy of Sciences, recalling the name of his high school in Orsay where it all began a few years earlier. Mathematics really began to fascinate him in his final year, when he was preparing for the Concours Général de Mathématiques, the General Mathematics Competition (supervised by Thomas Lafforgue). “For the first time, I came across problems that I couldn't solve and that I enjoyed solving.” A revelation. At the same time, he began to do a lot of computer programming. After his preparatory classes at the Lycée Louis le Grand, Jean-Marie Mirebeau came first in the École normale supérieure (ENS) Paris competitive entrance examination in 2003. “I was touched by the welcome speech to newcomers, which compared the “Normalien by divine right”, of which I could have been a caricature, to the “barefoot Normalien”, doubting himself and the way forward, but from whom in the end the most original ideas emanated. I promised myself that I would do everything I could to resemble the second more than the first,” he says. After his Master 2 in theoretical mathematics at Université Paris-Sud, he took a sabbatical year. “I needed to think and I went away to teach for a semester at the African Institute for Mathematical Sciences (AIMS) in Muizenberg, South Africa. It was a wonderful experience.” He took advantage of the second half of the year to cross South America. Back in France, Jean-Marie Mirebeau began a thesis at Université Pierre et Marie Curie under the direction of Albert Cohen, one of the founders of wavelet theory. “It is a theoretical tool that makes it possible to compress images and videos. My initial subject was to extend these techniques by introducing anisotropy, elongated forms that would better exploit the contours of the images.” He defended his thesis in 2010 and was recruited afterwards at the CNRS. 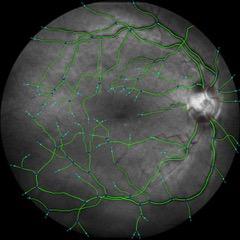 After his PhD, Jean-Marie Mirebeau joined the Ceremade laboratory of Université Paris Dauphine and turned to applied mathematics. The researchers with whom he collaborates, Laurent Cohen and Gabriel Peyré in particular, are specialised in medical imaging. “Their objective was to segment tubular structures, such as the vessels of the retina or the intestine, by representing them mathematically as the shortest paths,” researcher Jean-Marie Mirebeau says. “Using part of my thesis, I put forward digital diagrams based on the resolution of anisotropic equations, fruitfully improving this image segmentation technique.” The mathematician decided to make his tools available open-source in an online library specialised in medical imaging, Insight Toolkit. Result:  more than 10,000 downloads, a real success that encourages him. “I put everything on the internet. I like the idea that my mathematical tools are useful to others, even outside the circle of mathematicians who appropriate them in their own research.”

In 2015, Jean-Marie Mirebeau left Dauphine for Saclay. At the Orsay laboratory of mathematics, he diversified his research. From 2016 to 2019, he collaborated with Thales TRT on a project with Master 2 students. The aim was to configure radars on the assumption that “enemy” air vehicles (drones) were trying to avoid them. “We used my codes to calculate the trajectory minimising the likelihood of detection by the radar that would be chosen by the supposed adversaries. Thales then adjusted its detection parameters to prevent attacks,” the researcher says. As a result of this collaboration, the industrialist developed a code accelerated by computer graphics, dividing the calculation time by 50. “I now implement this type of technique in my research, independently and differently.”

More recently, Jean-Marie Mirebeau has collaborated with researchers in Grenoble to calculate the arrival time of seismic waves in different environments and thus produce, by inversion, images of the subsoil, to potentially discover seismic risks, oil, hot springs, etc.

The year 2020 was a good year for the researcher. Jean-Marie Mirebeau appreciates the environment of Université Paris-Saclay which, according to him, offers “fantastic opportunities for collaboration”. In addition to the French Academy of Sciences prize, he has just been promoted to Director of Research at the Centre Borelli. “This laboratory is unique in France because it brings together a mathematics unit and a medical unit. I am therefore happy to return to my first love, medical imaging. I still have a lot to say on the subject. I wouldn't want to be anywhere else!” he concludes. 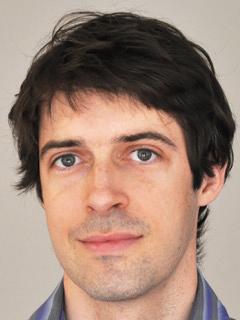