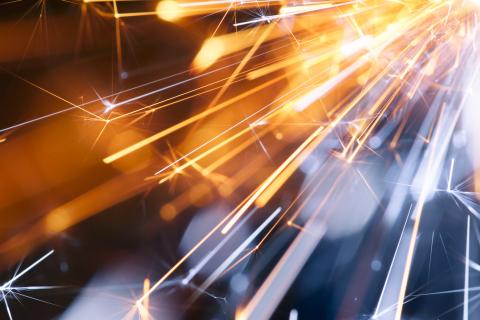 Jean-Pierre Hermier is a physicist specialising in quantum nanophotonics. He is a lecturer and conducts his research in the Group for the Study of Condensed Matter (GEMaC - Univ. Paris-Saclay, UVSQ, CNRS) of which he is also Deputy Director. He is also Deputy Research Director of the Institute for the Sciences of Light of Université Paris-Saclay.

Jean-Pierre Hermier was attracted by astrophysics when he began his higher education. Along the way, he discovered quantum physics and its developments in optics and materials science, especially semiconductors. In 1996, he obtained his DEA (Diploma of Advanced Studies) in quantum physics from the École normale supérieure. After his military service, he wrote a thesis at the Kastler Brossel Laboratory on the quantum fluctuations of the intensity of light beams emitted by semiconductor lasers. He defended his thesis in 2000.

In 2001, he was recruited as a lecturer at Université Denis Diderot. His work then focused on colloidal semiconductor nanocrystals, studied as single photon sources. In 2006, he became a professor at Université de Versailles - Saint-Quentin-en Yvelines (UVSQ) and joined the Group for the Study of Condensed Matter (GEMaC). From 2010 to 2015, he was a junior member of the University Institute of France (IUF): "wonderful recognition from scientific peers," he said.

At GEMaC, a laboratory dedicated to the study of the fundamental physical properties of materials, Jean-Pierre Hermier is responsible for the area of quantum nanophotonics. "We study the quantum properties of light emitted by nano-objects and their coupling with photonic structures."

In 2006, he started a collaboration with Benoît Dubertret's team at the Laboratory of Physics and Materials Studies (LPEM) of the Ecole Supérieure de Physique et de Chimie Industrielles de la Ville de Paris (ESPCI Paris). Together, in 2008, they succeeded in synthesising nanocrystals with a cadmium selenide (CdSe) core surrounded by a zinc sulfide (ZnS) shell and in varying the thickness of this shell in a controlled manner. Their achievement was succeeding in making thick shells without any defects. This drastically reduces the blinking of the nanocrystals, which had been their main defect until then, and prevents them from being completely extinguished. "Nanocrystals are small balls that need to be protected. To achieve this, the idea was to surround them with a sort of ‘thick shell’ made of another semiconductor."

More recently, this scientific activity has evolved towards the study of other single photon emitters (coloured centres) or the collective emission by nanocrystals, with the objective of obtaining a superradiant emission. "Previously, we observed these nanocrystals one by one. By grouping them in aggregates surrounded by a gold nanoresonator, we are looking for collective emission modes," explains Jean-Pierre Hermier. All these results are the product of lengthy collaboration with the LPEM that continues today. "I find it important to conduct research over the long term. It evolves and sometimes changes direction, but to accumulate knowledge, it must be supported by recurrent and permanent resources." And while this research is essentially of a fundamental nature, its applications are potentially in fields such as lighting.

While Jean-Pierre Hermier pursues his research in the field of quantum nanophotonics - "it is my daily driving force" - notably by supervising PhD candidates, he has also spent many years teaching and on various educational responsibilities. For seven years, he was in charge of the UVSQ's Physics degree programme, then Assistant Director of the UVSQ's Science Faculty for five years, and was very involved in supporting young undergraduates. "This rewarding human experience made me aware of another reality in the field. Through the many interviews I had with undergraduate students, I gained a better understanding of their very diverse profiles and their difficulties during their studies, often linked to complex social realities."

Illuminating the sciences of light

It is just a short step from the UVSQ's Science Faculty to Université Paris-Saclay, one that Jean-Pierre Hermier took easily, becoming Deputy Research Director at the Institute for the Sciences of Light (ISL). "Université Paris-Saclay is developing a model that is unique in the world; it simultaneously offers a very complete and diversified range of research and training topics related to light. Academic training is offered at universities, Technical Institutes (IUT) and engineering schools and ranges from basic to technological." This is a feature that is attracting more and more international students.

The presence of the SOLEIL synchrotron and a multitude of platforms on the same site also helps to make the research potential in sciences of light very attractive on an international scale. Each year, around 60 PhD candidates in the field obtain their thesis degree. The main challenge is to coordinate the ISL's actions with the many Interdisciplinary projects and Graduate Schools that have close ties to the ISL. "Around 700 people are working on sciences of light topics. They are distributed among five Graduate Schools and involved in eight interdisciplinary projects!" says Jean-Pierre Hermier.

After having identified all the teams that make up the sciences of light community of Université Paris-Saclay, the ISL is now working to bring out the transversal themes and encourage interdisciplinary synergies. The levers to be activated obviously include funding, which is currently being defined. "The ISL is dedicated to finding ways to finance theses. For me, there is no more relevant lever than having a PhD candidate working on a common subject between two laboratories so that these laboratories collaborate and conduct the research." Other projects, such as the organisation of symposiums or summer schools, will allow us to shed even more light on... the sciences of light! 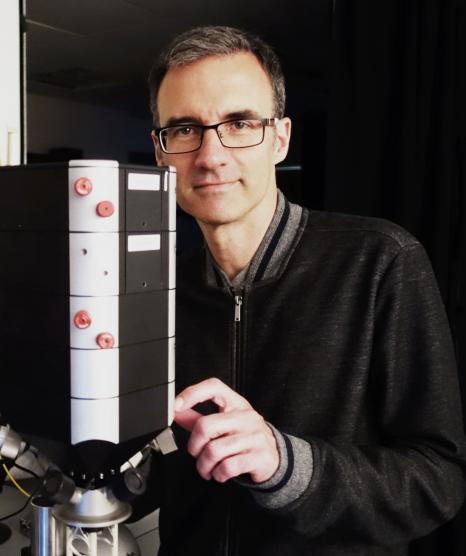