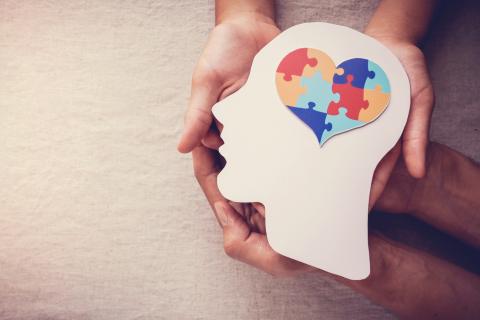 Mario Speranza is a child psychiatrist, a university lecturer in child and adolescent psychiatry, head of the University Department of Child and Adolescent Psychiatry at the Versailles Hospital Centre and director of the Developmental psychiatry and trajectories team at the Centre for Research in Epidemiology and Population Health (CESP – Univ. Paris-Saclay, UVSQ, Inserm). He has just taken on the management of the the Public Health Graduate School at Université Paris-Saclay.

Mario Speranza grew up in scientific and medical surroundings. Originally from Italy, he studied medicine in Rome before coming to France for a Master's degree as part of the very first wave of students in the Erasmus programme. He then returned for his final work placement year at the Institut Montsouris, before taking on a post in 1998 as a clinic director at Bicêtre Hospital and starting a PhD in developmental psychiatry, which he defended in 2004 (Université Paris-Sud, APHP). He then became a hospital practitioner at Bicêtre Hospital, where he helped to set up one of the first child psychiatry emergency departments in France. He quickly became the manager of this department.

Mario Speranza is both a child psychiatrist and a paediatric neurologist. These two disciplines (one psychopathological, the other neurodevelopmental) have both played a key part in his career. Since completing his thesis on ‘borderline personality disorder’ in adolescents which was begun during that first international cohort, he has developed an approach which aims to model the complex nature of these disorders’ developmental trajectories. “We have integrated all the variables and causal factors, including environmental, cognitive and psychopathological factors.” Together with Bruno Falissard, a biostatistician and psychiatrist, he has set up Psygiam (Inserm), which is the first laboratory for mental health research to focus on human subjectivity. It has developed a unique approach which simultaneously brings together qualitative and quantitative methodologies.

In 2003, he joined the Versailles Hospital Centre to help develop the child and adolescent psychiatry department. He was appointed as a university professor and head of department at Mignot hospital in 2013. Alongside this, he has founded and manages a public health clinical research team on mental and cognitive disabilities at UVSQ which takes a dual neurocognitive and epidemiological approach to chronic and persistent mental disorders (schizophrenia, autism and borderline personality disorders). This team is the first cluster of the CESP team ‘Developmental psychiatry and trajectories’ created in 2020. Today, it includes around forty researchers from different backgrounds.

Getting to the heart of human functioning for treatment

Three key words can be used to describe Mario Speranza’s research. The first is multidisciplinarity and the bringing together of several different points of view on the object of study. The second is multilevel, involving proximal environments (such as traumatic experiences), biological factors or neurocognitive aspects (in particular social cognition, a key element of human functioning). The third is multi-methods or using both quantitative and qualitative methods. This includes neuroimaging, neurophysiology, neuropsychology, psychopathology and psychometry. “The aim is to integrate these different vulnerability factors by trying to understand the psychopathological tendencies which promote or protect against the emergence of disorders,” explains the child psychiatrist. “We also try to model the factors which influence the effectiveness of interventions, i.e. the social conditions or cultural factors which intervene in how the trajectories of psychiatric disorders develop.”

Multiple and innovative methodologies need to be developed in order to carry out this work. “Clinical cohorts and biostatistics are essential for modelling trajectories, but the subjective perspective and single cases provide an additional dimension to understanding disorders.” The development of the SCED methodology (Single Case Experimental Design), for example, allows the effect of complex therapies to be assessed on a limited number of participants by maximising the specificity of individual profiles. Qualitative studies also introduce a much-needed subjective perspective, especially by integrating the perspective of users of the care system. The team is currently developing several research protocols to evaluate the effectiveness of complex interventions, such as parental guidance in borderline personality disorder, co-facilitated by professionals and accompanying family members. The idea is to involve users in the development of the research. “One of the challenges of research today is enabling the implementation of validated interventions, which requires knowing and acting on factors as close as possible to the users.” The team managed by Mario Speranza was one of the first in Europe to introduce the Early Start Denver Model for autism spectrum disorders in very young children by studying its implementation in an ecological situation.

Mario Speranza’s team is one of the eleven teams making up the CESP, which was created in 2020. Led by Bruno Falissard, the CESP is one of the largest public health centres in France. It embraces all areas of public health, with the additional, key aspect of mental health now included. “Covid uncovered the importance of mental health as one of the strong indicators of a country's overall health,” explains Mario Speranza. His team now brings together all the major players in child psychiatry research in France. This includes child psychiatrists, neuropediatricians, general practitioners, adolescent physicians, public health researchers, biostatisticians, psychologists and specialists in educational sciences. The team also includes some sixty clinicians involved in clinical research protocols in child and adult psychiatry. “The fact that we include clinicians involved in research allows us to be as close as possible to the issues at stake in the field and to participate in public decisions concerning the improvement of people's well-being.”

The Public Health Graduate School at Université Paris-Saclay, which is now directed by Mario Speranza, is based on a broad view of public health. The multidisciplinary research involves epidemiology (with large clinical and population-based cohorts), biostatistics and human and social sciences using an integrative approach which combines basic biological aspects with environmental aspects, social inequalities and culture. “Multidisciplinarity has to move up a gear,” he remarks. “One of the challenges at the heart of research today is creating a vibrant interaction between clinicians, epidemiologists, methodologists and big data scientists. This is the future of research in public health as well as in mental health and psychiatry.” 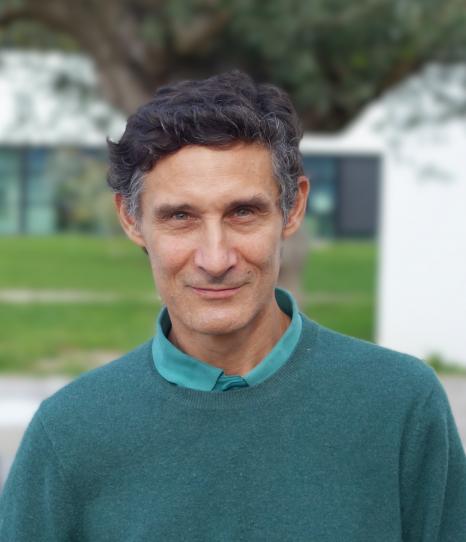