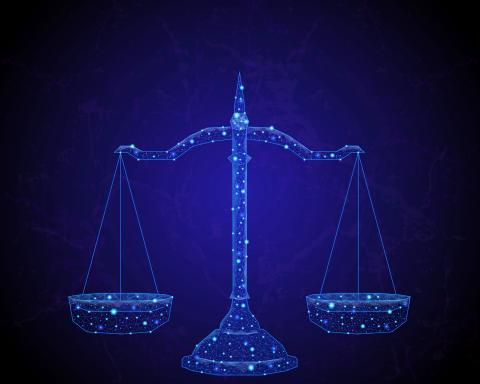 Philippe Achilleas: the law to conquer space and technology

Philippe Achilleas is a university professor in public law at the Jean Monnet Faculty (Law, Economics and Management) at Université Paris-Saclay. He manages the master’s degree in Space and Telecommunications Law (DAST) and is director of the Institute of Space and Telecommunications Law (IDEST – Univ. Paris-Saclay). He is a specialist in space and technology law and has been committed to building bridges between disciplines and cultures for over twenty years.

There was no reason to think that Philippe Achilleas would devote himself to the subject of space. After having studied international law primarily at the Jean Monnet Faculty, he completed his studies in the early 2000s with a thesis on satellite television. “What interested me at the time was the cultural acceptance of foreign programmes in a globalised world,” remembers the researcher. It was when the European Space Agency (ESA) opened its doors to him as part of his thesis that he took a decisive turn in his career. “I really got caught up in the world of space. I’ve never really dreamed about space, but I was seduced by this passionate, international environment, where interculturalism played a major role,” explains Philippe Achilleas. As a young doctor, he therefore decided to specialise in space law - a speciality which was still relatively confidential, not to mention quite marginal, and with which it was not easy to find a niche within a university. Luckily, Philippe Achilleas could count on the joint support of the Dean of the Faculty of Law at Sceaux, Jean-Pierre Faugère and the President of Université Paris-Sud, Xavier Chapuisat who, aware of the need for education in this emerging field, did not hesitate to join forces to create the master’s degree in Space and Telecommunications Law.

A professional, international and cross-disciplinary approach

Philippe Achilleas, who manages this master’s programme created with the support of major institutions and companies in the sector, has always had the professional development of his students as his primary aim. “As I felt particularly responsible for their development as professionals, I decided very early on to outsource part of the master's course to key players in the telecommunications and space sector, thereby increasing connections with the business world. Back in the 2000s, this approach was not always very well received in university circles,” points out Philippe Achilleas. The researcher holds two other principles very dear. These are an international openness and a cross-disciplinary approach, and these also play a key role in the structure of this master’s course. They are in the DNA of this course and are also a recurring theme throughout Philippe Achilleas’ career. “I’m delighted to now have more than ten nationalities in each of the master's classes, to work on technology law issues in partnership with countries all over the world - from China to Senegal - and to see my law students regularly collaborate with students in aeronautics or astrophysics. To have succeeded in building these bridges is without doubt one of my proudest achievements,” says Philippe Achilleas.

Space and telecommunications - two areas which are shaking up legal research

Alongside launching this master’s course, Philippe Achilleas has set up the Institute of Space and Telecommunications Law (IDEST) whose research work covers, on the space side, all legal aspects related to the use of space and space applications and, on the telecommunications side, all aspects of market regulation, use of resources, support for users and cybersecurity. “Things have sped up over the last ten years in particular in these two areas of research with the arrival of Newspace on the one hand and the widespread use of the smartphone on the other.” In addition to transforming the world, both of these major changes have also shaken up the work of lawyers in particular. “Whereas our goal used to be to support major European space programmes or the development of telecommunication networks - and all this within the framework of established industries - we found ourselves almost overnight being asked to deploy our skills as a matter of urgency to deal with new issues and to support transitions.” Within the framework of a Horizon 2020 contract, the teams at IDEST are now working on the legal framework which would allow EU states to set up a space traffic management system. They are also working on issues related to the use of new technology. “Today, lawyers are increasingly expected to develop a critical approach and to become involved in societal debates. This work is particularly exciting for us as researchers. ”

Different perspectives for thinking about the future

However, Philippe Achilleas is well aware that lawyers will not be able to carry out this new work alone. He is also a member of the French delegation to the UN for space matters and a digital expert for the ‘Organisation internationale de la Francophonie’ (OIF - International Organisation of the French-speaking world) and knows how crucial it is today to create groups which can meet the societal and economic challenges linked to the development of technology. “We will only be able to offer solutions which meet the challenges we face today if we strengthen the links between universities and companies - as we have been doing, for example, since 2012 with the international chair in the Law of Future Technologies and Services in partnership with key players such as Orange, Thales, Airbus and Ariane Groupe.” This chair is supported by the Université Paris-Saclay Foundation. Its research area for the next three years is technology and progress, which will look at how the law can create an equilibrium which will strengthen public confidence in technology. Philippe Achilleas also uses this cross-disciplinary approach in the Scientific Interest Group (GIS) on space law, of which he is the scientific director. “This Scientific Interest Group was formed between Université Paris-Saclay and the National Centre for Space Studies (CNES) and is, in my opinion, an excellent example of the effort we must make to institutionalise connections,” adds the researcher.

The two watchwords: dialogue and dreaming

If you had to find a common thread running through Philippe Achilleas’ career, it would be his fondness for dialogue. “Whether it’s between cultures, countries or disciplines, I have always believed that it is by talking to each other more that we will be able to build a common future. That’s why I make it such a priority to ensure that this international and disciplinary openness is present both in my teaching and in my research,” he emphasises. When he takes a look back, Philippe Achilleas will acknowledge that he no longer teaches in the same way he did at the beginning of his career. “I used to think that dreamers did not have a place in our subject area. Then, when I came into contact with the Space X generation when I was teaching in the United States, I realised that I was wrong. I am now fully convinced that we must make our students dream more if, here in Europe, we are to succeed in innovating in the field of space and technology law.” 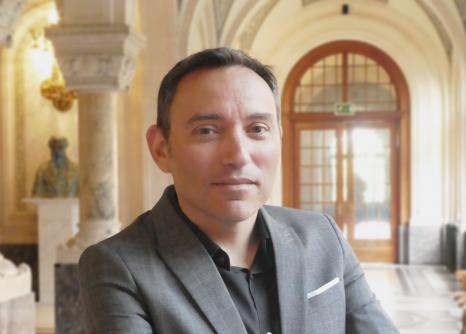