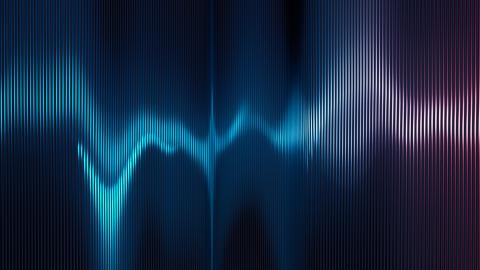 The SOUND project, which has resulted from work being carried out at the Systems and Technology Integration Laboratory (List – Université Paris-Saclay, CEA), uses state-of-the-art technology to develop a system capable of integrating sound with many types of surfaces. This opens up the opportunity for many creative and promising uses.

SOUND is led by Christian Bolzmacher, a researcher at List. It aims to make all types of surfaces made of passive materials - such as wood, carbon fibre, aluminium or glass - multifunctional. Examples include screens, tables, partitions and vehicle windscreens. It forms part of the work at the Sensory and Ambient Interfaces Laboratory at List which focuses on the sensory modalities of touch, hearing and vision in order to develop technology which will improve interactions between humans and machines. “In 2016, we started to develop a vibrotactile feedback technique on smartphone screens,” says Christian Bolzmacher. It used localized haptic feedback (a tactile system which gives humans the ability to communicate with their environment) via a vibration limited to one part of the screen only. It was based on spatio-temporal inverse filtering technology.

Spatio-temporal inverse filtering uses a specific algorithm which makes it possible to localize acoustic waves in an unknown non-homogeneous material by using a set of piezoelectric ceramic or electrodynamic exciter actuators. The method entails the algorithm learning the propagation of the waves in the medium, then, an inverse filter to these waves is created and reinjected at each actuator. This spatial control by multi-channel inverse filtering helps to locally control the amplitude and phase of one or more sound sources. This makes it possible to compensate for the antagonistic motion of the actuators on a surface generated by the propagation and reflections of waves on its edges.

In 2017, the researcher and his team used this method to design sound-emitting surfaces. When a surface speaker is active, its vibration is normally chaotic. However, thanks to this approach it is possible to precisely localize and control the vibration as well as the audio feedback. In this way, a vibration can be linked to a sound and vice versa. “This transforms a surface into a loudspeaker, with the possibility of creating several sound zones.” In addition to these functional advantages, this innovation is interesting as it will reduce the weight and volume of devices as well as the number currently used.

A speaker for concept cars

This type of more streamlined functional surface opens up a world of creative opportunities to designers of systems using sound. In the case of door-mounted car speakers, SOUND has developed a device which frees the speakers from many technical constraints. “Our speakers save 80-95% in volume and are 50-90% lighter than those currently used.” Production time is also greatly reduced and this has started to interest manufacturers of concept cars. What still remains is the need to improve the sound by limiting harmonic distortion “But we will get around this issue,” Christian Blozmacher insists. The researcher is also interested in another interior surface. “Our work also involves the development of dashboards with invisible buttons to operate any type of function using tactile pulses.”

From laboratory to industry

To transform the potential of this innovation into an industrial project, Christian Bolzmacher participated in Université Paris-Saclay’s Poc in labs call for pre-maturation projects in 2019. As part of this, he participated in the Genesis Light training programme developed by Incuballiance which increased his awareness of business creation. “This training is very useful and beneficial for learning about transferring innovations into industry.” He also conducted a market study to analyse the financial aspect and profit potential of the project. In particular, his conclusions showed that new scenarios for use must be designed to reach sectors other than the automotive industry. The researcher was supported by Design Spot, Université Paris-Saclay’s design centre for the development of these. “The role of a designer is to give meaning to a technology and to imagine uses for it.” Several ideas were selected and retained. “We targeted the home automation sector and the high-end hotel industry, for which we developed some items.” These include, for example, headrests with built-in speakers and vending machines. A demonstration model has been developed. “It’s  a technological platform which highlights the different possibilities for making and generating sound using a wide variety of materials." The team is exhibiting this prototype in the showroom at List to attract interest from manufacturers. As the researcher enthusiastically points out, “SOUND focuses mainly on sound reproduction, but we can already envisage many other applications for this technology.”