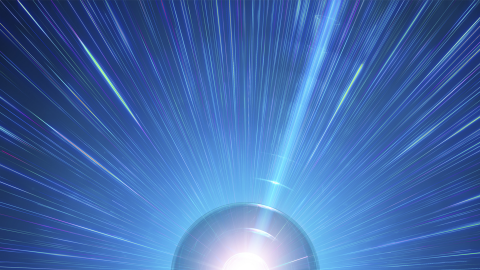 A specialist in high energy astrophysical phenomena, Vincent Tatischeff is the Director of Research at the Physics of two infinites – Irène Joliot-Curie laboratory (IJCLab – Université Paris-Saclay, Université Paris-Cité, CNRS). He won the 2022 silver medal from the CNRS in recognition of the unique and important nature of the research he is leading.

After completing an engineering degree at the Institute of matter and radiation sciences (ex-ISMRA, now the École normale supérieure d’ingénieurs de Caen) and an advanced studies diploma (DEA) in fundamental and nuclear physics from the Université de Caen in 1993, Vincent Tatischeff studied for a PhD in nuclear reactions at the heart of stars at the Centre for Nuclear and Mass Spectroscopy (ex-CSNSM, now the IJCLab). “The subject of my research was to explain the origin of chemical elements in stars,” explains Vincent Tatischeff. Following his PhD (which he defended in 1996), the physicist began a post doctorate at the Goddard Space Flight Center (GSFC – Nasa) as part of a team of theoreticians who were experts in using astrophysical modelling to explain satellite observations.

Following this period in the United States, Vincent Tatischeff became a researcher at the CNRS and the focus of his research gradually expanded. “At the start, my research was more focused on the specific nuclear reactions required for the synthesis of elements in stars. However, little by little - and largely thanks to this period spent in the United States during which I learnt a lot - I developed a more general interest in the high-energy phenomena which occur in various astrophysical contexts,” explains the researcher. “When particles are accelerated to very high speeds, nuclear collisions occur, some of which generate high energy gamma radiation.”  As a result, gamma-ray astronomy became one of his main research areas.

This can be observed in particular thanks to the International gamma-ray astrophysics laboratory (INTEGRAL) created by the European space agency (ESA). Vincent Tatischeff and his team were also involved in the calibration of this satellite before its launch in 2002. “The research area which primarily interests me is cosmic rays. The question of where these high energy particles come from is still very important today. In which objects are they accelerated? How do they achieve relative speeds? What are their effects on the galactic ecosystem and the different components of our galaxy? “How do these new particles regulate, for example, the formation of new stars?” wonders Vincent Tatischeff. “All this involves high energy phenomena.”

In 2007, thanks to a secondment by the CNRS, Vincent Tatischeff set off to explore Barcelona and the Institute for space studies of Catalonia. “This period was very enriching. I had the opportunity to study new objects which can accelerate particles, in particular novae, a type of star which undergoes recurrent and gigantic explosions without causing their destruction, unlike supernovae,” remembers the physicist. “At the time, we predicted the presence of particles accelerated to very high energies after the explosion of a nova which we were studying without being able to verify what we were saying. In 2021, this same nova exploded again, and thanks to high-energy gamma-ray instruments, our prediction was confirmed,” smiles Vincent Tatischeff.

This year spent in Barcelona marked a turning point in the physicist’s career. On his return to France, Vincent Tatischeff (who was then a member of the Nuclear astrophysics team at CSNSM) launched an instrumental programme to design a new space-based gamma-ray observatory as a successor to INTEGRAL. In 2012, the programme received funding via the Laboratory of excellence (LabEx) label. Today, three projects coexist within this programme. Firstly, since 2016 and a call for tenders from ESA, the main project for a new satellite has been officially on track. As with any project on this scale, the time frame for completion is considerable. “If our project is accepted (considering that the competition is tough), the satellite launch will take place in 2037. Work such as this one can therefore occupy a significant part of a scientist’s career,” points out the astrophysicist.

The COMCUBE project came next, which involved creating miniature satellites (of just a few tens of centimetres) which are then placed in Earth orbit in order to continuously monitor gamma rays in the sky. “We’re suggesting an innovative measurement for the polarisation of gamma photons. With COMCUBE, we’d be able to observe not only where these photons come from and what their energies are, but also their polarisation state, or the preferred orientation of the electric field which is associated with each photon. Measuring this polarisation of distant sources, while successfully constraining the changes in polarisation of gamma-ray photons as they propagate, would give us information about the phenomena behind the emission of these photons. Aspects related to quantum gravitation, such as the description of space-time in a quantum manner, could also be studied. It’s expected that in some models the polarisation of photons will change in a vacuum, as this is related to the structure of space-time itself.”

Finally, Vincent Tatischeff is taking part in the development of ComptonCAM - an instrument of major interest to the nuclear industry. “We’re in the process of designing a portable gamma camera which is capable of finding traces of radioactivity in nuclear facilities and can be used either by maintenance or decommissioning companies involved in the nuclear power plant sector. The aim of ComptonCAM is to create an object which is placed in a room so that it can analyse the environment with gamma rays and detect possible sources of radioactivity.” The National agency for radioactive waste management (Andra) has been financing the project since 2017. This is an example of theoretical work and work in astrophysics finally being put to good use!” says Vincent Tatischeff enthusiastically.

Despite the very 'hands-on' management of these projects, Vincent Tatischeff has no wish to abandon his primary passion of theoretical physics. “I’d love to be able to work simultaneously on more theoretical subjects, as I did at the start of the 2000s. I’m currently doing this on the origin of cosmic rays with a post-doctoral student. I find it's a bit more of a creative science,” says the astrophysicist in conclusion. 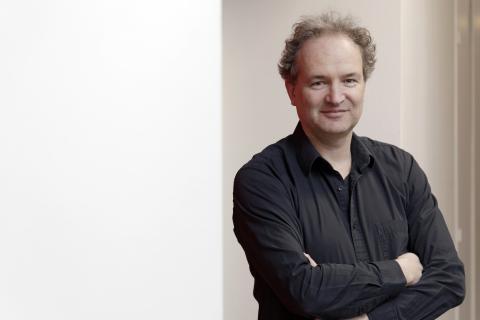